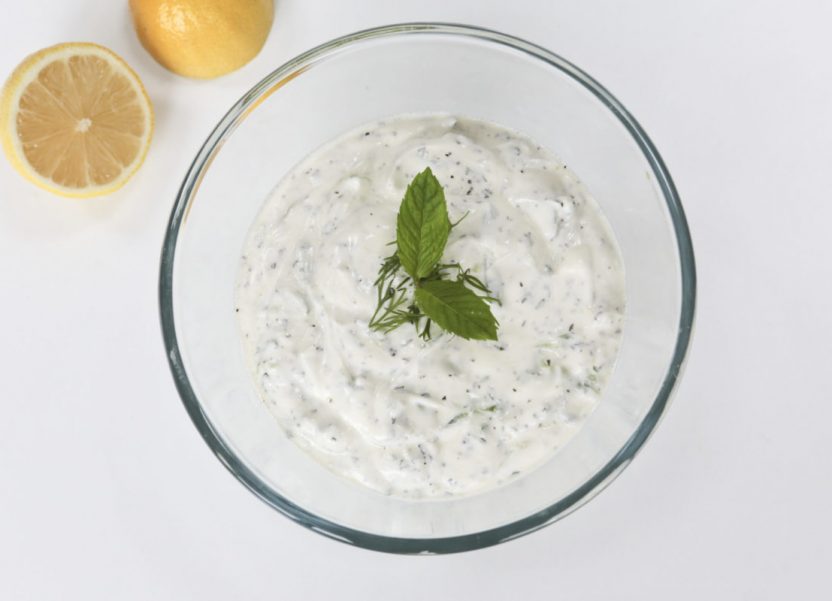 See? I told you I might throw in a recipe ‘curve ball’! This is such a simple recipe, though, and tastes delicious. What’s more, it’s a great recipe to follow with your kids.

Summer’s here! Or is it? Let’s face it, the weather has been absolutely awful lately and even though me and the clan had a wonderful holiday in Northumberland, the weather wasn’t exactly tropical. Consequently, I have found myself wistfully browsing through Pinterest images of exotic locations and posts about cruises and holidays in ‘The Med’.

One of the travel blogs that had me yearning for another Mediterranean holiday last week was Alex from Mylifelongholiday’s post about her recent trip to the Greek island of Thassos, (Thassos, Greece…Shhhh! It’s a secret). It sounds absolutely idyllic. If you haven’t checked out her blog then I urge you to go and have a look. I love her insightful and witty style and the way she tends to offer a refreshingly different view of the places she visits, often giving an ‘off the beaten track’ account.  If you read her review of Thassos, you’ll see why I’ve put this destination on my ‘holiday wish list’.

Well, as a trip to Thassos isn’t on the cards, I decided to console myself by indulging my love of Greek food.  If I can’t go to a Greek island, I’ll just have to eat like a Greek islander instead.

I decided it was about time to bring on the summer and show you how to make one of my favourite Greek dishes, Tzatziki, in my very first recipe post. Unlike the incredibly talented Emily Leary (A Mummy Too), I’m no food blogger, but this recipe is so simple, even I can’t mess it up!

How to make Tzatziki.

Tzatziki is a firm favourite in our house. Served with warm pitta bread, it’s the perfect accompaniment to our summer barbeques and Al Fresco dining.

a couple of sprigs of fresh mint

This recipe serves 4 to 6 people as a side/starter.

1. Slice the cucumber in half lengthways with a knife and scrape out the seeds. Removing the seeds is important as they have a high water content and would make the Tzatziki too runny.

2. Coarsely grate the remaining cucumber into a bowl.

3. Put the grated cucumber into a sieve placed over a bowl. Add a generous pinch of salt and mix well before gently pressing the cucumber mixture against the sieve with the back of a spoon to push out as much liquid as possible.

4. Spoon the grated cucumber mixture onto a clean square of muslin and draw the corners together. Holding the muslin together by the corners with one hand, squeeze the muslin wrapped bundle of cucumber over a bowl with the other hand to remove the remaining excess liquid. This helps to make sure the yoghurt doesn’t get too diluted as this would give it a runny consistency and would also affect the flavour.

Wrap the grated, sieved cucumber in a muslin cloth and squeeze out the remaining water.

5. Add the crushed garlic cloves to the two tablespoons of extra virgin olive oil and mix well before adding the mixture to a large bowl containing 500g of strained Greek yoghurt.

6. Finely chop the dill and mint leaves and fold them to the yoghurt along with one teaspoon of dried mint, the cucumber mixture and a squeeze of lemon until the yoghurt is evenly distributed.

7. Season the Tzatziki with salt to taste and if you want an extra kick, why not add half a teaspoon of paprika or chilli powder.

8. Garnish with a sprig of mint and a sprinkle of fresh dill.

9. Serve with warm pitta bread and/or crudites alongside a Greek salad and your barbeque fayre.

Bring on the summer!

Why not Pin this recipe for later:

If you are enjoying my blog, it would be marvellous if you could support it by signing up to my email feed (see the subscribe box in the sidebar on the right on a computer or below on a tablet or smartphone) so you don’t miss a single post. 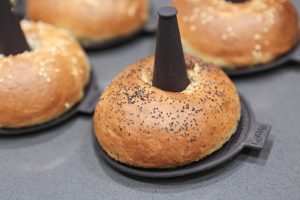 If you love bagels, you'll love these ingenious Lékué Silicone Bagel Moulds from Lakeland. Making bagels has never been so easy. Check out my review. 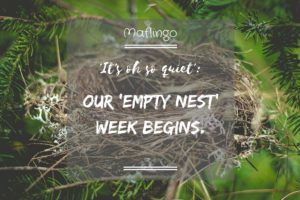 I returned to an empty house yesterday after taking Beth and Emily down to Cirencester for their eagerly anticipated week away on a Scripture Union Holiday. 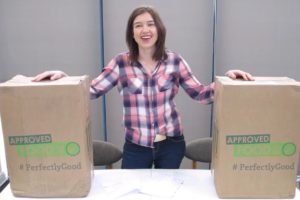 Following on from my visit to the Approved Food warehouse, the UK's largest online retailer of clearance food & drink, I place my first order. Find out about some of my bargain buys and how much I saved in my unboxing video. Plus half-price delivery code for Maflingo readers.