When Emily heard I’d been given the chance to review David Walliams’ latest children’s fiction novel, The Midnight Gang, she was absolutely delighted. In fact, she wanted to read it first and offer her very own video review of the book.  As Emily pointed out, a book aimed at 9-11 year olds, is best reviewed by someone who falls into that age bracket…and as luck would have it, she’s ten.

When the much-anticipated book arrived, I barely had chance to pull it out of its envelope before Emily whisked it away and headed to her room to read it. Oh, Mr Walliams, I thought to myself, this had better be good because she’ll certainly let you know if it isn’t!

So if you want to find out what Emily (the only reviewer that really matters) thought of The Midnight Gang, check out her video below.

Review of The Midnight Gang.

As a mum in my forties, I may be a bit older than The Midnight Gang’s target audience, but words like ‘Midnight’ and ‘Gang’ still conjure up exciting childhood memories of sleepovers, midnight feasts and hanging out with friends. As a child, there was something thrilling about being up beyond my usual bedtime, especially if the grown-ups were asleep.  In fact, I can vividly remember some of my own midnight adventures, like the time I crept downstairs and stole all the chocolate from my sister’s advent calendar. Or the time I raided the fridge, drank a whole bottle of penicillin and had to have my stomach pumped…

In David Walliams latest story, The Midnight Gang, we aren’t talking about sleepover buddies nipping downstairs for a quick swig of milk and a bar of chocolate whilst their parents sleep. This is an adventure on a much grander scale, involving a young lad called Tom and four other children who escape the confines of their hospital ward in the middle of the night in search of adventure. As members of The Midnight Gang, they set about making the dreams of sick children come true. Along the way, we meet memorable characters like Tootsie the hospital cook, the mysterious and disfigured Porter and the wicked, child-hating matron. There’s even a guest appearance from one of David Walliams’ recurring characters, Raj the Newsagent.

The Midnight Gang has some hilarious set-pieces that really did make me laugh. Most notably when the children’s well-meaning plans end in scenes of utter chaos involving huge quantities of helium balloons and a naked pensioner. I’ll admit it had me snorting in a most unladylike manner.

I’m impressed by Mr Walliams ability to craft such memorable characters and have us care about them so much within the constraints of a children’s book that’s over far too soon. Perhaps some of the credit goes to Tony Ross, whose wonderful illustrations bring the characters to life. In fact, some of his illustrations entertained me as much as the narrative. I loved the clever touches, like his homage to E.T. when he depicted one of the book’s characters drifting high into the night sky courtesy of an enormous bunch of helium balloons.

As the crumbling hospital and it’s colourful inhabitants provide the setting for the children’s midnight escapades, Walliams both entertains and amuses, whilst delicately weaving a message of friendship, loyalty and not judging a book by its cover along the way. There are tough themes too, where the illness of one of the children is never named, but adults and some children will understand it’s seriousness. Yet, despite some of the challenges the character’s face, it’s a story of kindness, hope and living in the moment.

I’ve read a lot of children’s books over the years and I can see why David Walliams is heralded as the next Roald Dahl. However, in my opinion, his latest offering surpasses many of Roald’s stories because there’s a touching blend of warmth and compassion mingled with the hilarity and adventure. Yes, beneath the surface of this bold, beautiful book bursting with humour and memorable characters, beats a heart of pure gold.

Midnight Gang reeled me in, sweeping me along with its tale of nighttime adventures and secrecy. Yet, it was the camaraderie of the children, the help from unexpected places and the message of kindness and bravery that left me with a lump in my throat and a smile on my lips beyond the final page.

Life is precious. Every moment is precious. We should be kind to each other. While there is still time. The Midnight Gang.

The Midnight Gang: The Verdict.

I can thoroughly recommend David Walliams’ latest children’s book, The Midnight Gang. It deserves to become a much-loved classic, with a wonderful warmth and tenderness mingled with humour that sets it above some of Roald Dahl’s ‘spikier’ tales.

Whether you’re seven or seventy-seven, there’s much to love about this touching and big-hearted tale of friendship, adventure and bravery. Mr Walliams has the remarkable ability to deliver an engaging story that bristles with humour, whilst at the same time tackling some serious themes.

Like the best Disney films, I believe The Midnight Gang will resonate with adults and children alike as they follow the adventures of these five friends, bound together by their need for adventure in a crumbly old hospital ward ruled by a tyrannical matron.

Emily wanted to read The Midnight Gang herself and offer her very own review of David Walliams’ book:

To find out more about David Walliams and his books, visit:

At the moment you can pick up a Hardback copy of The Midnight Gang for the bargain price of £5 from Amazon.co.uk:

Disclaimer: I received a complimentary copy of The Midnight Gang courtesy of Harper Collins Children’s Books through the BritMums Book Club. As always, the words and opinions expressed in this review are my own honest assessment. 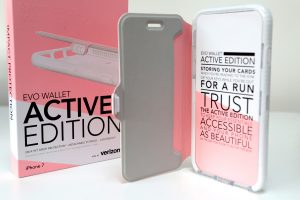 I review the new Evo Wallet Active Edition for the iPhone 7 and iPhone 7 Plus from tech21. Enter my giveaway for the chance to win a pink iPhone 7 version of this innovative and stylish case. 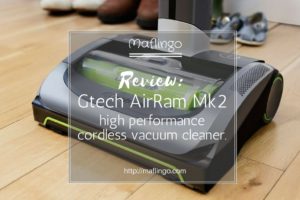 I review the new Gtech AirRam Mk2 cordless vacuum cleaner, the successor to the original AirRam. Can this light-weight rechargeable sweeper really replace my conventional vacuum? There's only one way to find out! 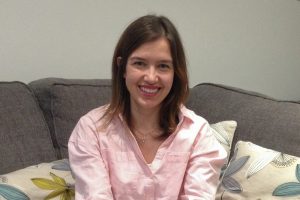 Want to know more about me? I've been 'tagged' by the lovely fellow Nottingham blogger, Becky Goddard-Hill, over at A Beautiful Space to answer Vogue's 73 searching questions in my latest video!