The UK is in the grip of a terrible epidemic, a devastating virus which is spreading like wildfire amongst young people and adolescents. The virulent infection is having a huge impact on the victims and their families, robbing them of their ability to communicate. Although the virus targets young children and teenagers, it’s highly contagious and a threat to men, women and children of all ages.

Unfortunately, it’s too late for us. Our eldest succumbed to the infection last year.  We’ve tried to protect youngest but she’s exposed to it every. single. day. Even I’m starting to show symptoms. So far, Mr T seems immune. I have two theories as to why he’s managed to avoid infection:

Theory A. His strong Derbyshire dialect and deep-rooted slang renders him resistant to external language-corrupting infections.

Theory B. He has minimal exposure to infected individuals when they’re at their most contagious, ie. whilst being driven to and from school and to various sports and social activities.

Although you may not recognise the virus by it’s name, chances are you’ve been in contact with an infected person. You may even live them or you may have contracted the virus yourself.

Even if you haven’t come across this virulent infection, it’s essential you know how to spot the signs and symptoms because early intervention is essential. In fact, if it isn’t treated within 48 hours of the first symptoms appearing, the chances of making a full recovery are slim.

Furthermore, because it’s spread by talking to others, it’s highly contagious and sufferers can infect the rest of their family within hours or entire communities within days or weeks.

How do you spot the ‘like’ virus? Initially, the symptoms are fairly mild, with the inappropriate insertion of the word ‘like’ into a sentence.

Once the infection takes hold, symptoms worsen, with increasing inappropriate use of the word ‘like’ in phrases, sentences and paragraphs.

I was like desperate to see Ed Sheeran in concert this year. My friend tried to get tickets but it was like a nightmare because they sold out in like minutes. I was totally gutted because he’s like totally a-ma-zing.

Unfortunately, whilst working in a school a few weeks ago, I was exposed to an advanced case of the ‘like’ virus. The victim, a woman in her twenties, had a shocking affliction. However, as the treatment is best administered by close relatives, I could only listen helplessly as she murdered the English language.

To protect the (not so) innocent, I’ve paraphrased her words :

If the victim is to make a full recovery, early detection, diagnosis and treatment is vital.  Unfortunately, there are no vaccines available and conventional medicine has proved ineffective. The only way to cure the infection is to interject every time sufferers use the word ‘like’ inappropriately. It’s important not to miss a single ‘like’ as this is a highly resistant infection. The sufferer may find the ‘like-blocking’ irritating and painful. Some may react badly to their treatment. Nevertheless, you must not waver. Perseverance is crucial if you want a positive outcome. Remind them it’s for their own good.

If early intervention isn’t employed, their future ability to succeed and thrive in society will be severely hampered.

Scientists believe the ‘Like’ virus is a mutation of one or more strains of similar infections known to kill the art of conversation. These include (but are not limited to):

Have you or someone you know been infected by the ‘Like’ virus? Have you encountered any other variants of the ‘Like’ virus. Please tell me I’m not the only one who sees this as a serious threat!

Note: This is ever so slightly tongue-in-cheek.

Emily, the Lego Friends Mall & the Toys R Us Knight.

This is the incredile tale of the fair maiden, Emily, and the heroic Knight from the Kingdom of Toys R Us. 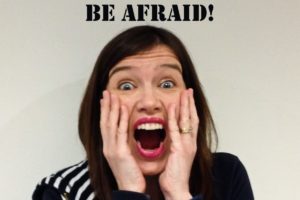 Is it just me who dreads the ‘Dress up for World Book Day’ letter from school?

Parents, are you ready for World Book Day? In case you hadn't realised, it's this Thursday, (2nd March 2017). If you haven't sorted out your child's costume yet, you'd better get sewing, knitting, cutting and pasting...or better still, visit Amazon.co.uk and look for something suitable that can be delivered PDQ. 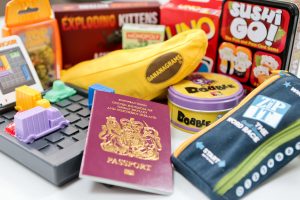