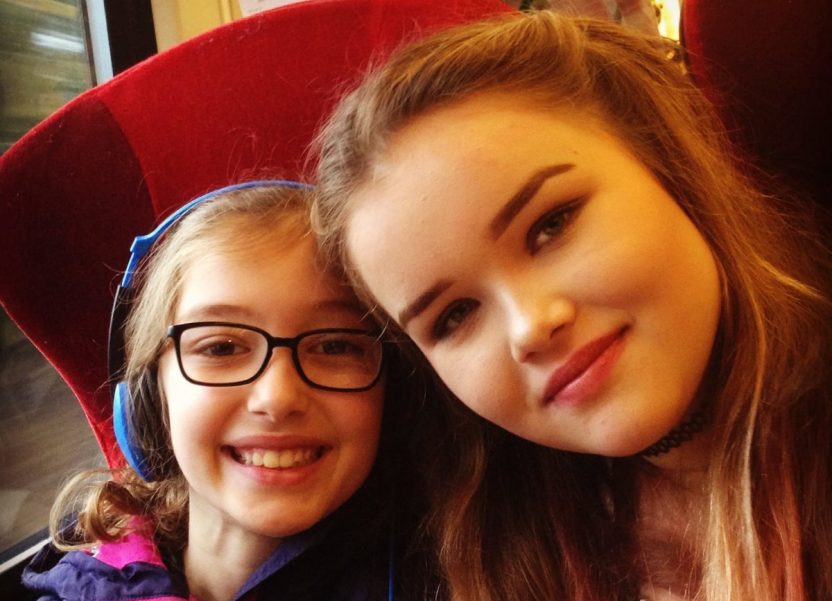 Stop! Our daughters are growing up too fast!

Our daughters are growing up too fast. Over the past week, we’ve been celebrating their birthdays.  Beth is now 14 and youngest is 10. I know it’s a cliché, but the time really has flown! I can’t believe I have a teenage daughter and even Emily has reached double digits. I joke with her that every year she’s losing a little bit of her cuteness.  I keep pressing down on her head and telling her she mustn’t grow anymore.

Last week, I let Beth go into town on the bus on her own and she texted me to say the bus driver didn’t believe she was under 16 years of age. Mind you, at 5 ft 9, it’s hardly surprising. The good news is, she’s old enough to babysit her sister now! Whoop!

Emily’s no longer my little baby. I remember saying to her a few birthdays ago, ‘I can’t believe how fast time is flying by! One day you’ll both have grown up and left home, then where will I be?’ she looked at me seriously and without missing a beat said flatly, ‘You’ll be old.’ I can always count on Emily to kill a warm fuzzy moment with her matter-of-fact retorts.

Holding back the years.

I’m no Mick Hucknall fan, but I feel like I could do with ‘holding back the years’.  Failing that, I just need to remember to absorb and enjoy every moment, because childhood passes in the blink of an eye.  Over the years, I’ve bemoaned having to taxi the girls everywhere or clear up after them. When Friday nights roll around, I’ve longed for a night in, instead of ferrying the kids to clubs and youth groups. However, a time will come when they won’t need my help anymore. Before I know it, they’ll have left home to study or work, or, perish the thought, moved abroad.  In those moments, I’m sure I’ll be wishing they were still in the back of my car singing along to Kiss FM like we did in the ‘good old days.’

Grandma ‘Spikes’, Beth and Emily on the mic.

Having friends and family members who haven’t been able to have children makes me feel so very blessed. It isn’t something I take for granted. My own sister and her husband tried for years to have a child and, miraculously, the month before she was due to go in for IVF treatment, she conceived. The news of her pregnancy came the very week my mum lost her brother. We think of H as a ‘miracle baby’: longed for and cherished.  Perhaps that’s what made it all the more difficult to bear when he became seriously ill and the specialists didn’t know what was wrong. He was in the hospital for months and there were some difficult days when we feared the worst. He was paralysed, wasn’t eating and was in a great deal of pain. Praise God, the specialists finally realised what was wrong and were able to treat him appropriately, (he had a rare autoimmune disease called Guillaume Barre Syndrome). H gradually started to improve, and has gone on to make a full recovery.  Seeing him take his first steps after being so poorly is something I won’t forget.  Now he has a little ‘miracle’ sister too.

I love you, full stop.

It was only after having our first child, I really began to grasp how much my parents loved me. More specifically, how my mum feels about me.  I think I finally understood the concept of unconditional love. I think, as a Christian too, it helped me understand God’s love for me as my father in heaven.  I looked down at this little person…A bit of me and a bit of Richard and it scared me how much I already loved her, (the same would be true when we had Emily 4 years later). It wasn’t as if she was doing anything particularly loveable either! In fact, sleepless nights, explosive nappies and the rest were far from lovable or endearing characteristics. But that’s just it, Beth didn’t have to do anything at all. I loved her ‘full stop’. To quote Jerry Maguire, she ‘had me at hello’…Or should I say at ‘Hello World.’

It wasn’t just me that felt that way either.  I remember going to a wedding of close friends and leaving our new baby with one of the grandmas.  As our friends exchanged vows I looked up at Richard to see tears in his eyes. ‘Aw, are you remembering our wedding?’ I whispered, squeezing his arm. ‘No’, he replied, ‘I’m imagining giving Beth away’…

I was so anxious in those first hours of motherhood. I was scared I would drop her or break her.  I felt so reluctant to hand her over to anyone, even Richard, in case they dropped her and I’d shatter into a million pieces. I’m chuckling to myself now as I remember telling mum off for not holding the stair rail when she was carrying our precious little baby upstairs in the first few days. I remember thinking in my sleep deprived state, ‘I love you, mum, but if you drop her I will have to kill you!’

It was in those first weeks I would go into Beth’s darkened room, lit only by the glow of a nightlight, just to watch her. I loved her so much, it ached. It was a physical pain. I watched the rise and fall of her chest and the snuffles she made as she slept, realising I couldn’t live without her.  From the very moment I laid eyes on her, I wanted a written guarantee she would live a long and happy life, free from any pain or heartache.

The lioness within me.

When I became a mum, those movies and stories of mothers being prepared to die to save their child no longer seemed far-fetched. I remember taking Beth to a park as a toddler and spotting one of those bull terriers off the leash on the other side of the field.  Despite being a dog lover and a certified pacifist, I’d already plotted in my head how I would whip off my high-heeled boot and bludgeon the thing to death if it suddenly decided to attack!  The funny thing is, I told mum the story and she said she used to imagine exactly the same thing!

Would I ever stop worrying about my kids? That’s a question I posed to my good friend Claire, my go-to person for parenting tips and a fabulous mum of four. I’ll never forget her response:

You never stop worrying, your worries just change. Instead of worrying about them rolling off the bed when you change them, you worry about them drinking a bottle of bleach or falling out of a window.

Ah, such words of comfort, Claire! Thanks!

We feel so very blessed to have these beautiful girls in our lives. Rather than wishing time would stand still (it won’t) or that they would stay this age forever (they won’t), I need to savour every moment.

A day will come, sooner than we think, when they’ll be striking out on their own and I’ll find myself wishing I could taxi them somewhere or pick up their toys.

Beth and Emily, you have beautiful hearts and you make us feel blessed every day. 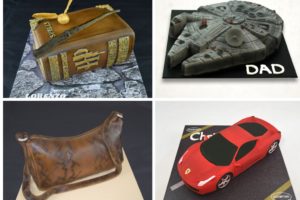 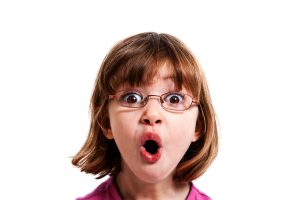 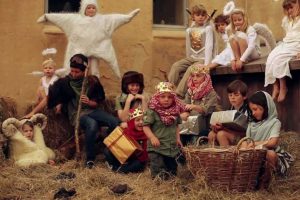